Template:Singles/FL
Folklore (stylized as folklore) is the eighth studio album by Taylor Swift. It was released on July 24, 2020. Folklore has been viewed as the quintessential quarantine album, and the pandemic "first great" work of art. It is widely regarded as the most influential album of 2020.

Folklore was contextualized as a lockdown project instantly upon release,[1] and earned a reputation as the archetypal quarantine album.[2] Los Angeles Times thought that the album was ruminative and dreamy, displaying the work of an artist "cut off from the everyday world, turned inward".[3] The Guardian opined that Folklore was a respite from chaotic global events, converting dark emotions into something beautiful,[4] while The Daily Telegraph called it "an exquisite, empathetic lockdown triumph".[5] NME wrote the album will be remembered as "the quintessential lockdown album" that acted as a soothing balm during lockdown, and while many artists created quarantine albums, it was Folklore that "felt like the perfect accompaniment for the weird loneliness" of 2020.[6][7] Echoing similar sentiments, Insider stated that Folklore would be known as "lockdown's one true masterpiece", out of the works released by artists during the pandemic.[8]

Rolling Stone predicted that the album may go down in history as "the definitive quarantine album" for providing comfort and catharsis "just when we needed it most".[9] Billboard proclaimed that it would be cherished as one of Swift's most influential albums for transcending the unprecedented times and freeing listeners from a monotonous, socially distant life.[10] Uproxx noted how Folklore changed the tone of music in 2020,[11] and added that its impact on the year's cultural landscape "can't be measured", owing to how it erased "all the pain and anguish and anxiety" in the world when music fans fled to social media to celebrate the album.[12] Clash credited Swift with softening the tragic start of 2020s which was shaping up to become a tumultuous decade, by using a "wintery album released smack in the middle of summer" that "forces us to slow down and take stock of where we are now in love and life".[13]

In a list awarding the most creative works that shaped quarantine, Vulture labeled Folklore as 2020's "Best Breakdown in Musical Form": An album that speaks to loneliness, rich with "the kinds of thoughts we try to keep to ourselves".[14] Vogue also listed the album amongst the best moments of lockdown culture.[15] The Week called it "the first great pandemic art" for being the first prominent body of work to emerge from popular culture that is "almost exclusively a product of the quarantine", and added that Swift set high standards for future pandemic projects.[16] In agreement, Financial Times named Swift one of the most influential women of 2020, calling Folklore "the first great lockdown album",[17] while Hot Press termed it "the first great album of the lockdown era".[18]

Judging from its acclaim and commercial success, music critic Tom Hull concluded that Swift "caught the spirit of the times" with Folklore's "long, pleasant, intricate songs".[19] Billboard named Folklore and Evermore as the best examples of innovative albums from artists who were compelled to amend their creative process during the pandemic. The magazine highlighted how Swift created Folklore in an unconventional approach, by forwarding song files back-and-forth with her producers while working remotely on FaceTime, achieving "massive" chart success and Grammy Award nominations with it, and adapted to the pandemic by performing the album live in an isolated recording studio.[20] Yahoo! wrote Swift became the voice of 2020 by touching "the core of a cultural crisis" with two albums that embody the sensation of a historic pandemic, and pondered whether "we will be able to listen to Folklore and Evermore without being reminded of 2020, and a pandemic that those who come after us will never quite understand".[21]

According to SEMrush, 50% of 2020's top trending albums were released after the lockdowns in mid-March, and Folklore was one of the year's three most googled albums, garnering 1.2 million monthly searches after its release in July; the other two are J Balvin's Colores and Selena Gomez's Rare.[22] Folklore was also the most popular album of 2020 on Genius, earning an average total of 1.174 million views per track—the only album to achieve the feat. It was followed by The Weeknd's After Hours (749,000 average views per track).[23] "Cardigan", "Exile" and "The 1", were among the year's top 20 popular songs on the website—the most for any artist.[24] Swift was also 2020's top searched artist on Genius, with her lyrics amassing 31 million total views.[25] Hayley Williams of Paramore revealed that she is recording her own record equivalent of Folklore.[26] Phoebe Bridgers suggested that her next record could be inspired by the album.[27] Critics noted influences of Folklore on Olivia Rodrigo's debut single "Drivers License".[28][29]

On streaming platforms, 4 distinct EPs, called "chapters", featuring thematic compositions of songs from the album were released in August and September 2020.

Taylor introduced the chapters' releases in a tweet, explaining that "the songs on folklore fit together in different groups and “chapters” - based on how they fit together thematically".[30] 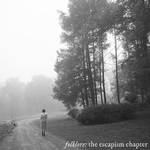 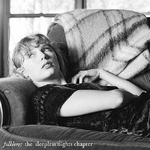 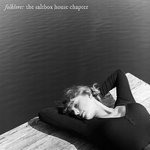 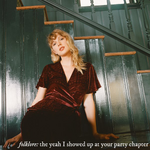 The Yeah I Showed Up At Your Party Chapter

The first chapter, called The Escapism Chapter, was released on August 21.

The second chapter, called The Sleepless Nights Chapter, was released on August 24.

The third, called The Saltbox House Chapter, was released on August 27.

The fourth and final chapter, called The Yeah I Showed Up At Your Party Chapter, was released on September 21.

For a list of merchandise available from this album, visit Folklore/Merchandise. 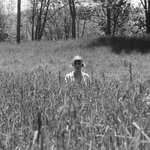 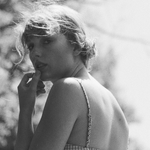 Target exclusive/meet me behind the mall 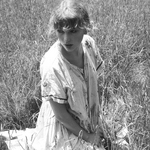 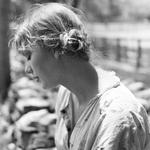 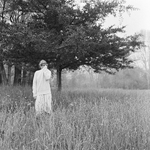 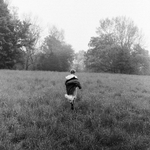 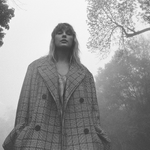 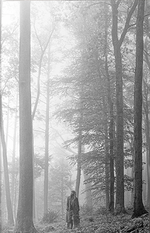