You are currently reading about the re-recorded version of Red. You may be looking for the original 2012 version or the song.

Red (Taylor's Version) is the second re-recorded album by American singer-songwriter Taylor Swift, released on November 12, 2021, through Republic Records. It is a re-recording of Swift's fourth studio album, Red (2012), following her first re-recorded album, Fearless (Taylor's Version), which was released in April 2021. The re-recording venture is Swift's countermeasure against the changed ownership of the masters to her first six studio albums.

As per her contract with Big Machine Records, Swift released six studio albums under the label from 2006 to 2017. In late 2018, the contract with the label expired; she hence withdrew from Big Machine and signed a new recording deal with Republic Records, a division of Universal Music Group, which secured her the rights to own the masters of the new music she will release. In 2019, American businessman Scooter Braun and his company Ithaca Holdings acquired Big Machine. As part of the acquisition, ownership of the masters to Swift's first six studio albums, including Red, transferred to Braun. In August 2019, Swift denounced Braun's purchase of the label, and announced that she would re-record her first six studio albums, so as to own their masters herself. In November 2020, Braun sold the masters to Shamrock Holdings, an American private equity firm owned by the Disney estate, under the conditions that Braun and Ithaca Holdings will continue to financially profit from the albums. Swift began re-recording the albums in November 2020.

The album's lead single "I Bet You Think About Me" was released on November 15, 2021, alongside a music video. The second single "Message in a Bottle" was released to US radio as a single sometime in November 2021, but the exact date is unsure.

Red Taylor's Version debuted at number 1 on Billboard 200 Charts, with 605k sales in it's 1st week (369k being pure sales, and 303.23 million being streams), becoming the 2nd re-recording album in history to reach the top spot on the Billboard 200 charts, with the 1st being her own preceding re-recorded album, Fearless Taylor's Version. Its lead single, All Too Well 10 Minute Version, also reached the top spot in the hot 100 charts, breaking the record for 'the longest song to reach #1 on Billboard Hot 100 Charts' previously held by Don Mclean's 'American Pie'.

Within the release day of this album, it garnered 90.8 million streams on Spotify, breaking 2 records at once, the first being 'biggest debut streaming day by a female artist, breaking the record previously held by Swift's own 2020 record, folklore. It also broke the record for 'biggest streaming day by a female artist, gaining over 122.9 million streams in that day, it broke the record previously held by Swift herself, with 96.8m streams. 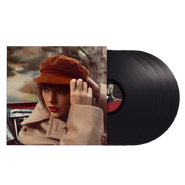 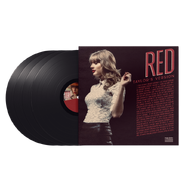 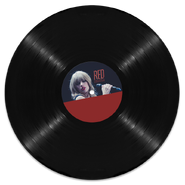