The Reputation Stadium Tour is the fifth worldwide concert tour by American singer-songwriter Taylor Swift. It was her first all stadium tour. The tour was launched in support of Swift's sixth studio album, reputation (2017).

On December 13, 2018, Taylor thanked everyone for her birthday wishes on Instagram and also announced that there was going to be a tour movie for the Reputation Stadium Tour that would be released on New Year's Eve, titled Taylor Swift's Reputation Stadium Tour. It features the last Dallas show, which was the final United States tour date. It featured the surprise song "All Too Well".

"This might be her most astounding tour yet – even when she’s aiming for maximum stadium-rock razzle-dazzle bombast, she gives it all the vibe of a mass communion." - Rolling Stone

The following songs were performed by Swift after "Dancing With Our Hands Tied". The songs changed each night.

These artists joined Taylor on stage to sing a song together as a surprise to the fans. 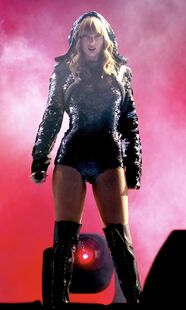 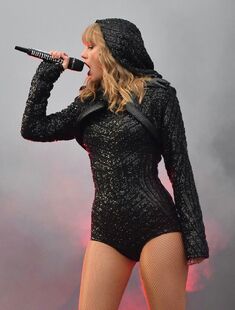 I Did Something Bad; Gorgeous, Style / Love Story / You Belong With Me

Look What You Made Me Do; End Game

King of My Heart

Delicate; Shake It Off

Dancing With Our Hands Tied; So It Goes...; Surprise song

Call It What You Want; This Is Why We Can't Have Nice Things / We Are Never Ever Getting Back Together

Community content is available under CC-BY-SA unless otherwise noted.